Dead easy!  Follow the directions to the unmissable Haystack Rock, then look at the small upright stone about 40 yards west, just off the footpath. 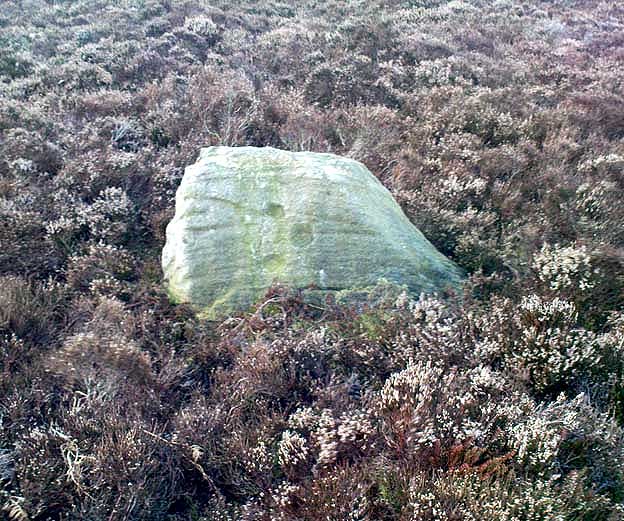 This is another one of the many carvings I first saw when I was a small lad, about 12 years old, in one of my countless walkabouts over these moors.  It’s thought by some to be a small cup-marked standing stone (it’s possible I s’ppose, but improbable); whether that’s the case or not, it certainly has three distinct cup-markings on its east-facing vertical face.  There are also what appears to be lines cutting through the cups and running out to near the edge of the stone which may or may not be natural.  A small, cute little thing!  Boughey and Vickerman (2003) make a note that this carving may be recent — but if so, it was done some considerable time before 1975, when I first clapped eyes on it!