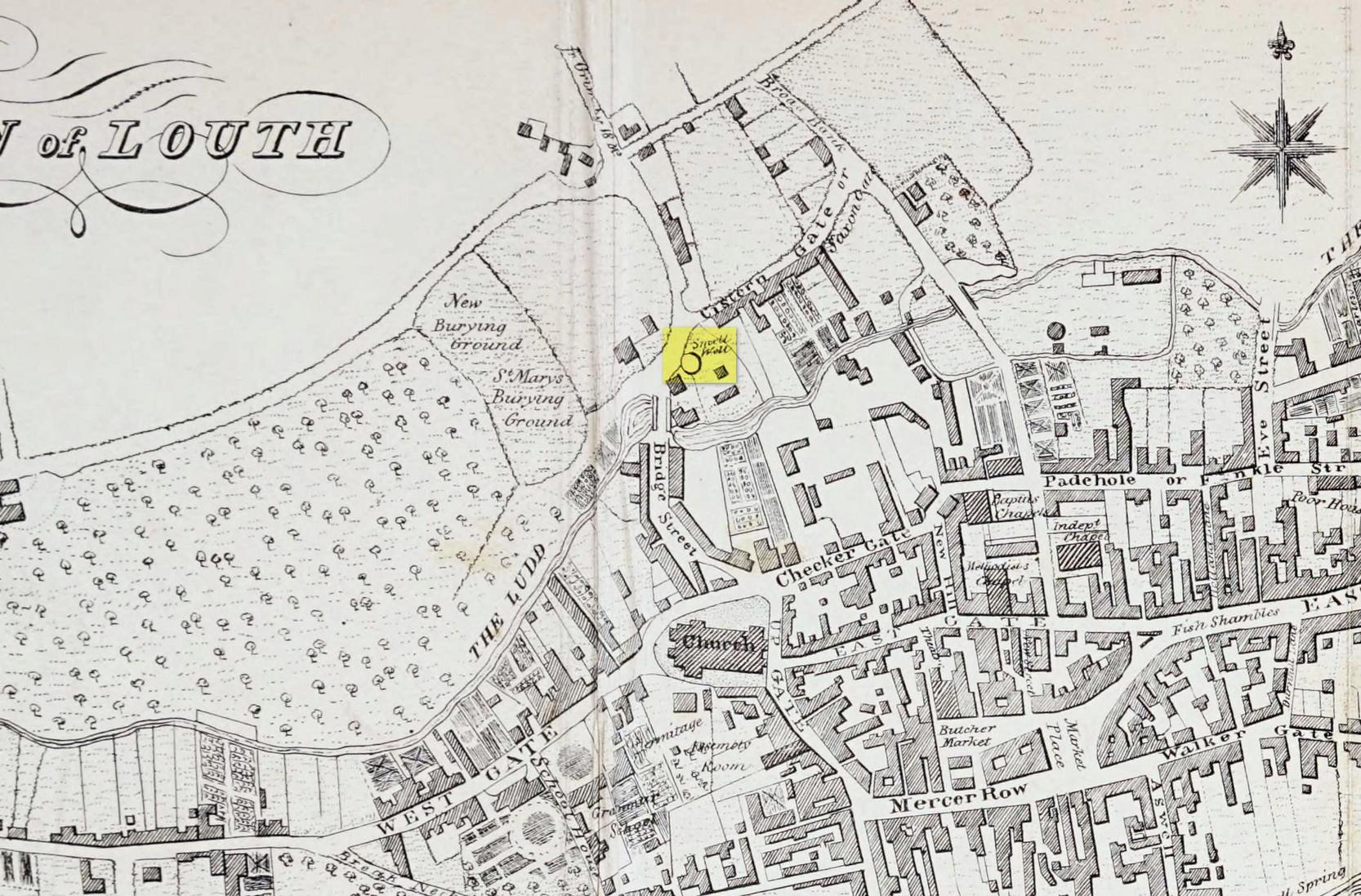 Of the three wells in old Louth around which local ceremonies occurred, the Small Wells were apparently the least impressive.  Its ritualised compatriots south of the River Lud in St. Helen’s Well and the Ash Well (the Aswell in modern Louth place-names) were reportedly the much better water supplies in bygone times.  The site was highlighted on a map of the town in Robert Bayley’s (1834) history of the area, showing it as a small pool just below the Cistern Gate road; but when the Ordnance Survey lads came here later in the 19th century it had already gone.

It’s category here as a “sacred” well is due to it being annually decorated with garlands of flowers, commonly known today as well-dressing.  Such wells tend to be places of pre-christian rites, attended by local people at dawn usually at Beltane or at Midsummer (St John’s Eve); but I’ve been unable to find out which was the sacred day when the waters here were honoured.  All that we have left to tell us of the rites is from old township notes that said how,

““The small wells,” a cluster of little springs on the north of the town, shared in the honours of green boughs and popular huzzahs” the traditions held at the wells of St. Helen and Aswell a half-mile to the south.

A brief 16th century account told of a local man being paid for the adornment of the Small Wells: one “Henery Forman received for dressing small wells for a yeare – xiid” – or 12 pennies in old money.  Not bad at all in them days!